Meet our rather lovely judges who will be judging our categories – just as good as Mary Berry and Paul Hollywood, I am sure you’ll agree!

These guys don’t have the Hollywood snarl though. Our panel of judges are just looking for a tasty home bake!

Benoit Blin is our event patron for 2013. He has been the Chef Patissier of Raymond Blanc at Le Manoir aux QuatSaisons in Oxfordshire since 1995. Now in his 17th year at the iconic 2-Michelin star, 5-AA rosette luxury Oxfordshire hotel, he heads a team of 13-chefs providing all desserts, fresh bread and pastries. 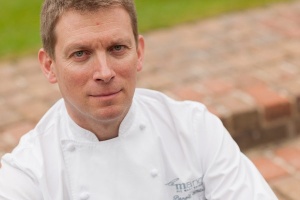 So, what will Benoit be looking for in a champion? Keep it simple. “There is a balance between trying to be creative and looking for new ways of bringing dessert onto the plate, and powders and molecular gastronomy which blows and smokes. As Raymond will say, in cooking sometimes less is more. Respect the ingredient for what it is.”

Benoit will select our “Star Baker”.

Jane Hornby is a cookery writer, editor and food stylist. Jane was a member of the team at BBC Good Food magazine for several years, working with top chefs and writing some of the magazine’s best-loved recipes. She is the proud author of two cookbooks, What to Cook and How to Cook it and Fresh & Easy , and teaches for the Women’s Institute Cookery School at Denman in Oxfordshire.

Jane will judge our traybake category.

Former Masterchef contestant, Alexis runs ‘Dancing Trousers’ cookery school in the heart of the Cotswolds, teaching a range of courses from beginners to experienced chefs!

Lynn Hill is founder of ‘Clandestine Cake Club’ and author of the ‘Clandestine Cake Club Cookbook‘. Clandestine Cake Club all started at a secret location in Leeds with 10 keen bakers and 7 delicious cakes. Lynn wanted to create a place where people could meet and chat over tea and cake without having to do all the baking herself. By 2013, over 180 clubs had been established throughout the UK with more and more being created every week. Cake bakers hold meetings at venues ranging from the expected -village halls, vintage shops and restaurants- to the more unexpected such as castles, picturesque disused train stations and even a cabin in the woods.

Rosalind Miller was taught how to bake by her mother Peggy, and it was with this inspiration that she created the award-winning cupcake company “Peggy’s Cupcakes”. She has since launched a luxury wedding cake company, and Rosalind is thought of as one of London’s top cake designers having won The Wedding Industry Awards, National and London Best Wedding Cake Designer of The Year for the last two years.

William Black runs ‘The Natural Bread Company’, a bakery in Oxfordshire which bakes hand crafted artisanal breads and cakes from locally milled flour. “I love to create bread that has a real rustic charm, and that really tastes as bread should : slightly tangy, full of holes and with a thick crunchy crust.”

William will judge our bread category.

Beverley Glock is a food writer, author and broadcaster specialising in children’s cookery and family food. Her cookery school was established in 2001 and is based in Princes Risborough, recently rebranded from Splat Cooking. Beverley’s book 500 Baby and Toddler Foods is a global bestseller and her APP Cupcakes, Muffins and Afternoon Tea is available on the APP store for iPad. To see Beverley in action check out her weekly YouTube show.

Stephen and Cathy are the talented duo behind Oxfordshire’s leading cupcake company ‘The Cupcake Baker’, which they founded in 2007. Alongside baking for over 300 weddings, events and parties, chief baker Cathy prides herself on incorporating all the latest ideas, designer trends and always baking with quality ingredients. Alongside developing a “quintessential English” cupcake range, she’s recently expanded into delectable macaroons and a range of celebration cakes. They are also the preferred supplier of cupcakes to Raymond Blanc’s Le Manoir aux Quat’ Saisons.

Stephen and Cathy will judge our cupcake category.

Kate Bitmead is owner of the Old Farmhouse Bakery in Steventon. She started the bakery in 1982. Kate said “With a young family good, nutritious, old-fashioned bread was an important part of our diet. For years I had always been able to buy my bread at a traditional bakery in the village but, when the baker retired, it closed down. After searching high and low for a supply of “proper bread” I decided to take the matter into my own hands and The Old Farmhouse Bakery was born.”

Kate will judge our pastry category and  and junior biscuit category.

Samantha set up her celebration cake company ‘Pretty Cake Company’ in 2008 after several years of baking as a hobby with her two girls. She is now the go-to wedding cake supplier for many of West Oxfordshire’s top wedding venues and is fully booked up to a year in advance!

Nikki has over 18 years of experience in the food and hospitality industry ranging from her cooking on a cattle station in the Australian outback to running her own catering business in the Cotswolds where she cooked for MP’s and even royalty! Finding that her chocolate brownies were a huge hit with catering customers and requested on dessert buffets time and again, she set up a gourmet brownie mail order business called ‘Blue Basil’ in 2010 – which has since won many awards!

Nikki will judge our junior traybake.

Candida Pierce
Candida’s love of American baking began while attending university in Indiana. Despite subsequent careers in the law and T.V. production, she continued to travel regularly to the States exploring local cuisine and bakeries, particularly on the West Coast. But her dream was to bring a piece of America home, and so, after attending several baking courses, Puffin Beach Bakery was born. She now runs it alongside Oxford Cupcakes which she acquired earlier this year.

Gingham Girls Women’s Institute based in Botley will be judging our ‘Victoria Sponge’ category.

The Gingham Girls WI was founded in 2011 by a group of young, like minded women who wanted to get together and bake, craft and create like never before. They pride themselves on being a dab-hand at a decent jam as well as rustling up a cheeky daiquiri at the same time. Needless to say cake is at the very core of WI and the Gingham Girls are no exception.

3 thoughts on “Meet our Judges”